Navigate thru all the sub categories of the website

The City of Thompson clears snow according to a priority system, outlined in the plan linked below. The priority plan puts the most importance on downtown roads and main neighbourhood arteries that *all* residents use, and that are critical for ensuring emergency services can move about the city efficiently. 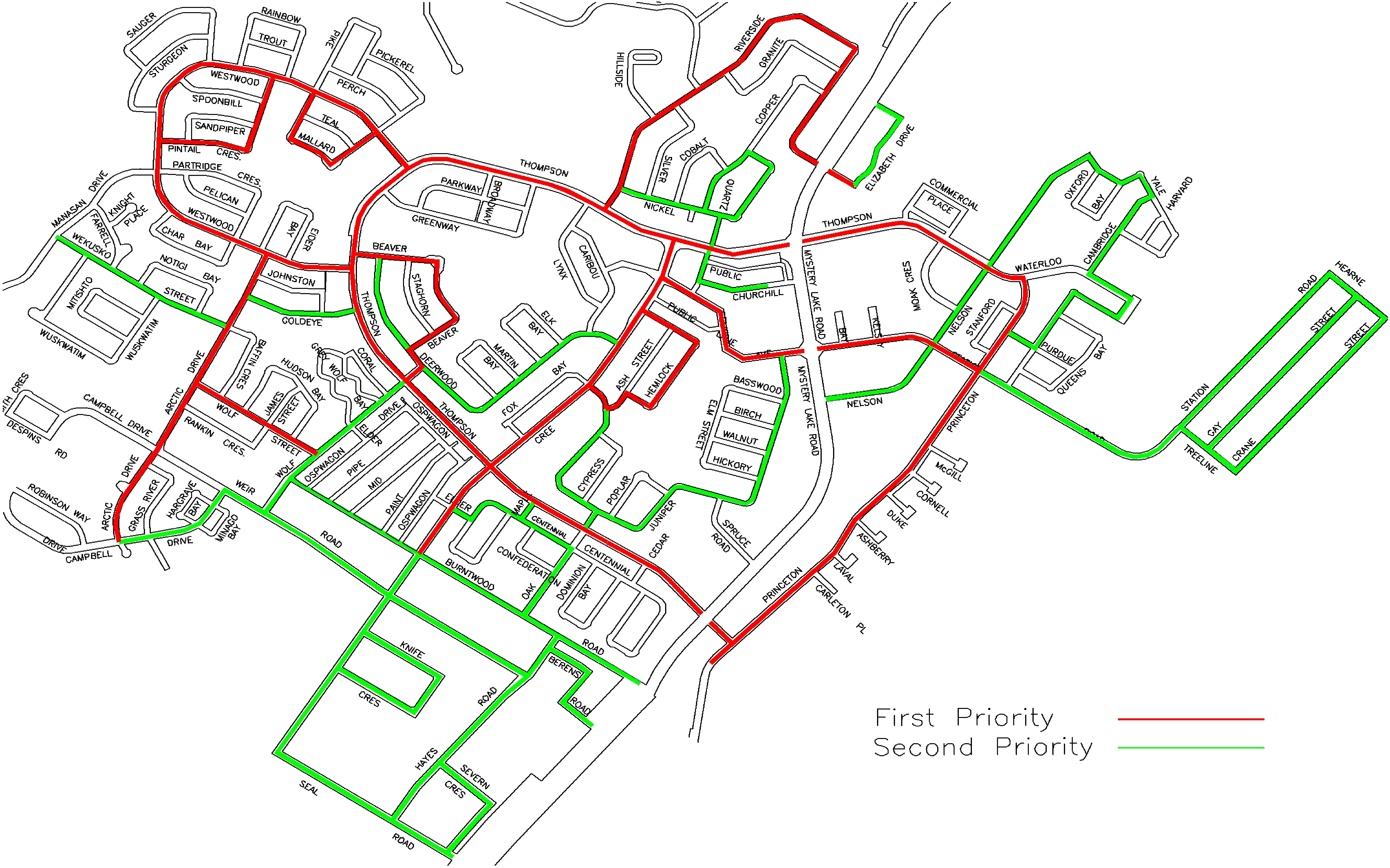 Normally, where snowstorms are continuous or follow closely one another, crews will repeat priority areas before moving to the next area. Recent years have seen several record-breaking snowfalls, and at times, the priority system needs to be deviated from in order to ensure all roads get some degree of attention from snow clearing crews.

Snow clearing using a grader generates windrows: long piles of broken, compact snow that is often difficult to move by hand. This is a normal part of the road clearing process.

In residential areas, the City of Thompson clears these windrows from driveways as part of the snow clearing process. This service is not offered in every community.

During a normal snowfall, there is usually a few minutes of delay between when the grader creates a windrow and when the loader can come clear it. This is because loaders move and clear snow slower than the graders move through the streets. During heavier snowfalls, this delay may increase, as graders are instructed to move as quickly as possible to ensure emergency services can move throughout the city.

We cannot clear windrows from driveways if a vehicle is too close to the edge of the driveway, as the risk of damaging a resident’s vehicle is too high. Vehicles must be moved up as far up on one’s driveway if possible.

Your Opinion Matters. Tell us what you think !

Would you like to receive periodical updates via email about City of Thompson including local news and upcoming events?

Fires may start easily and spread quickly but there will be minimal involvement of deeper fuel layers or larger fuels.